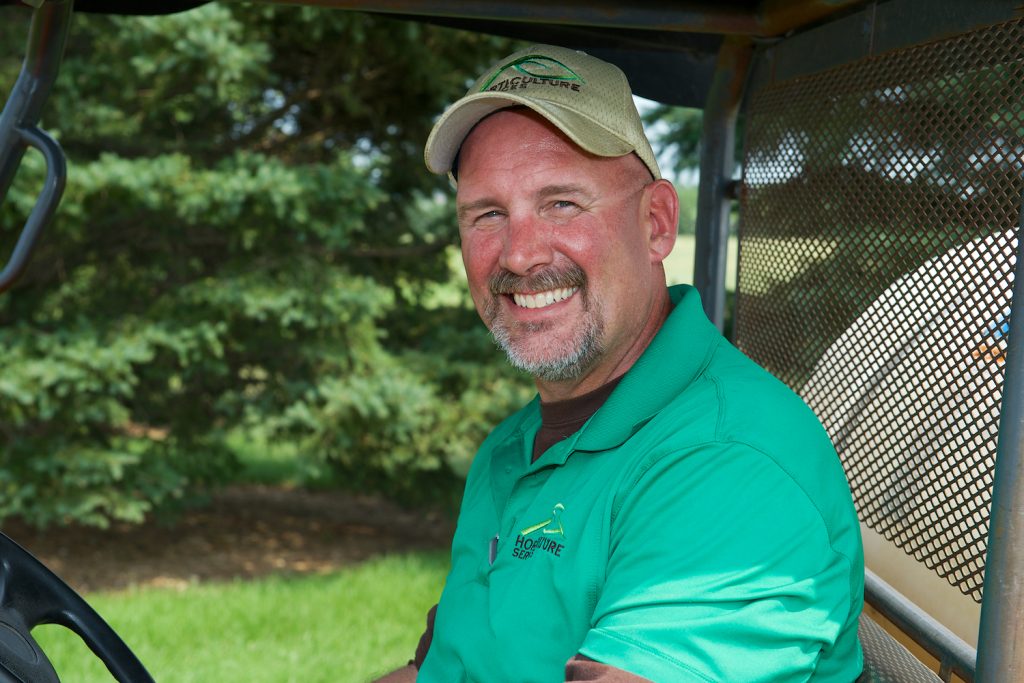 The following interview was conducted by General Manager Jeff Wilson with long time employee Chris Angus in November of 2019. Chris is the company’s longest tenured employee, having his 25th full-time employment anniversary in 2019. Chris has worked in almost every division of the company over the past 25 years (he claims that he has never done irrigation), and has gained vast experience in the industry. Chris presently is IPM division lead which means that he oversees all pesticide, and fertilizer applications, as well as supervising the detail crews. In the interview when Chris references Syd, he is referencing Horticulture Services founder Syd Stephan. He also refers to the leadership transition as Jeff stepped into the General Manager role in 2012 as Syd stepped away from the day to day management, He also references the ownership transition that took place when Syd sold the company to his daughter Cathy and her husband Trent in 2014.