Is Your Shrub in a Dreadful State? Rejuvenate!

Do you have a shrub that is disheveled or overgrown? You know it will be expensive to remove, replace, and put new mulch around a new one. Instead of replacement, your shrub may be a great candidate for rejuvenation pruning. Rejuvenation pruning is simply cutting the shrub down to approximately 6-8″ off the ground and removing the debris. The result of this pruning is that the shrub sends out new growth from the base, thereby “rejuvenating” the shrub, which gives it a fresh look as if it is brand new, or dare I say “rejuvenated.”

Picture this for a moment, you have an overgrown dogwood shrub that is blocking your sidewalk, but you are hesitant to cut it down because of the great screening, and the displays of those nice red stems over winter. You wonder, will these dogwoods respond well to rejuvenation? Definitely! Rejuvenation pruning is particularly beneficial on certain types of deciduous shrubs that have grown large and matured to the point where they are either growing out of their planting space, have become woody with large mature stems, appear thin, or a combination of all these characteristics. Spirea, potentilla, dogwood, forsythia, honeysuckle, weigela, lilac, and other types of ornamental deciduous shrubs that have a lot of branching near the base, are all shrubs that respond well to rejuvenation pruning. 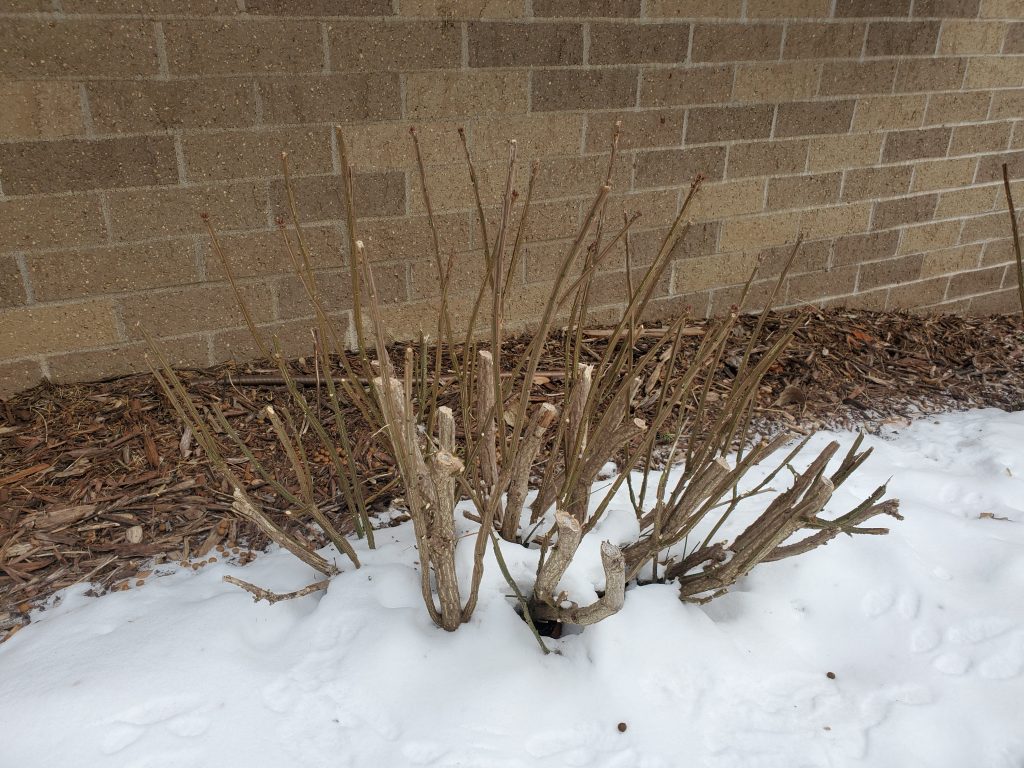 New growth that a Dwarf Burning Bush is capable of putting out one year after a rejuvenation pruning. Seen in the photo are the thicker old stems that were cut off when the rejuvenation pruning happened, as well as the many new shoots of growth | Photo Horticulture Services

Rejuvenation pruning is best completed when the plants are dormant. This is because the shrubs have transferred nutritional resources from the branches down to the root system for storage over winter. When spring comes, the shrubs use the stored resources to put out nice, new, fresh growth. Depending on the shrub, the first-year growth can even be up to 2’ in length. This faster growth response is often preferable to, and less expensive than, removing the shrub and replacing it with a new, smaller plant.

A few things to know or consider before making rejuvenation cuts:

You may have thought that the shrub you once loved is now a goner. If that’s the case and your shrub is now in a dreadful state, don’t hesitate to rejuvenate!