To inquire about our services, please fill out the form below. 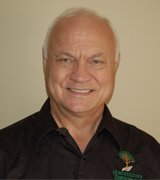 In the mid 1980’s, Syd Stephan had been working as a foreman for a large commercial landscape construction firm. After installing a quality landscape, he would often see the health of the plantings quickly decline due to a lack of professional management. This was especially obvious with the trees, shrubs, and perennials on office campuses and townhome associations. All shrub species were trimmed the same way, i.e. ‘buzz cut’, with no regard to flowering season or intended branching habit. Expensive lilacs and viburnum were rendered into amorphous shapes resembling gumdrops or beach balls. Insects and diseases went unnoticed until it was too late to save the victimized plant. Dandelions were sprayed at the wrong time and copious amounts lawn chemicals were applied for problems that didn’t even exist.

The property manager of a large office campus became aware of Syd’s plant skills while he was working on the site. The manager suggested that Syd start his own landscape maintenance business. Thus encouraged, he started caring for the landscape on weekends while still employed in full time landscape construction. Syd was thrilled that he finally had a chance to put all of the knowledge gained as an instructor and consultant into practice. On Friday evenings, the family station wagon was converted into the “company truck”, crammed with wheel barrow, rakes, pruning saws and sprayers. Everything was unloaded again on Saturday night so Syd could bring his growing family to church the next morning.

As other developers and property managers began to see the difference that professional, horticulturally based management could make on their properties, Syd’s fledgling company grew quickly into a full services landscape maintenance company.

Stephan attributes much of his success to the 40 year partnership of his lovely wife Barb who gave her all for Syd and her six children until she went home to be with Jesus in 2010. Faith in God and a saving relationship in Jesus was the basis for all business decisions. “If it isn’t true,” Syd insisted, “Don’t say it.” “If it is the right thing to do, just do it, no matter what the cost.” Stephan’s favorite Bible verse was also his constant business companion, “Trust in the Lord with all your heart and do not rely on your own insight, in all your ways acknowledge him and he will make your paths straight. Be not wise in your own eyes, fear the Lord and turn away from evil; it will be healing to your flesh and refreshment to your bones.” Proverbs 3: 5-8

In early 2012 Syd stepped back from his daily roles at Horticulture Services and appointed long-time employee Jeff Wilson to the role of general manager. Jeff now oversees the day to day operations of Horticulture Services, collaborating with other key employees to guide the company into the future.

In early 2014 Syd sold the company to his daughter Catherine and her husband Trent. As co-owners, Catherine now serves as Finance Manager, and horticulturist, while Trent serves on the company's Executive Team as well as leading the trimming division. Horticulture Services continues to operate with the same structure and key employees as it did under Syd’s ownership.