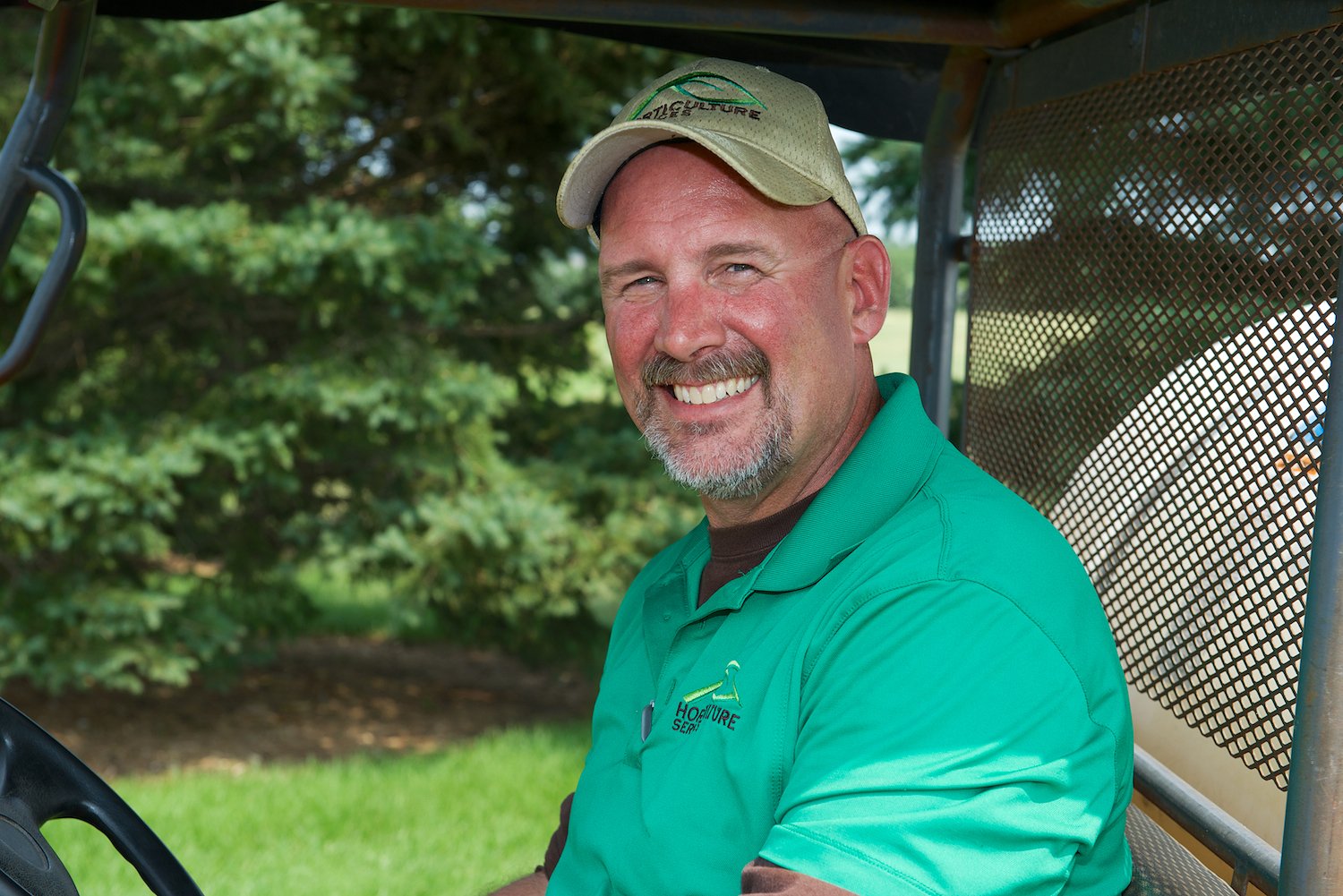 Reflections on 30 Years: An Interview With The Guy That’s Been Here The Longest

The following interview was conducted by General Manager Jeff Wilson with long time employee Chris Angus in November of 2019. Chris is the company’s longest tenured employee, having his 25th full-time employment anniversary in 2019. Chris has worked in almost every division of the company over the past 25 years (he claims that he has never done irrigation), and has gained vast experience in the industry. Chris presently is IPM division lead which means that he oversees all pesticide, and fertilizer applications, as well as supervising the detail crews. In the interview when Chris references Syd, he is referencing Horticulture Services founder Syd Stephan. He also refers to the leadership transition as Jeff stepped into the General Manager role in 2012 as Syd stepped away from the day to day management, He also references the ownership transition that took place when Syd sold the company to his daughter Cathy and her husband Trent in 2014. 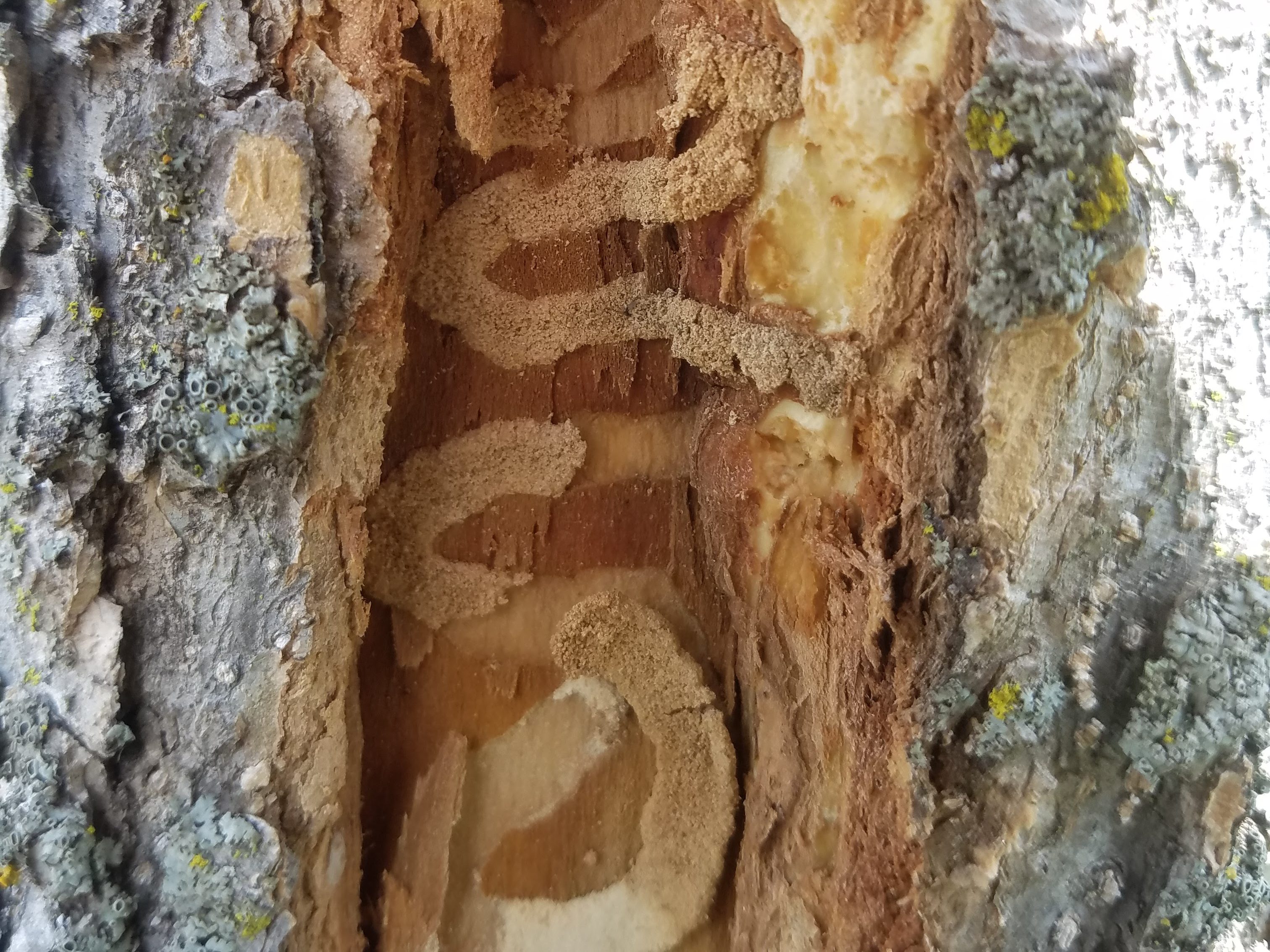 What to do about Emerald Ash Borer (EAB)?

Emerald Ash Borer (EAB) has become a household name and a dreaded pest. Most people have heard of the devastation this pest has wrought on Ash trees in the eastern United States and know that it has an undeniable presence in the Minneapolis and St. Paul areas now. This pest indiscriminately kills Ash (genus Fraxinus) regardless of the tree’s vigor or size. Emerald Ash Borer larvae (youth life stage) create meandering tunnels under the bark which disrupts the flow of nutrients and water between the leaves and roots, eventually this kills the tree. For more details on this pest, life cycle and current location in Minnesota please see Minnesota Department of Agriculture’s EAB information website. Now that this pest is in our backyard, it is time to finalize the strategy to use regarding this issue of EAB. 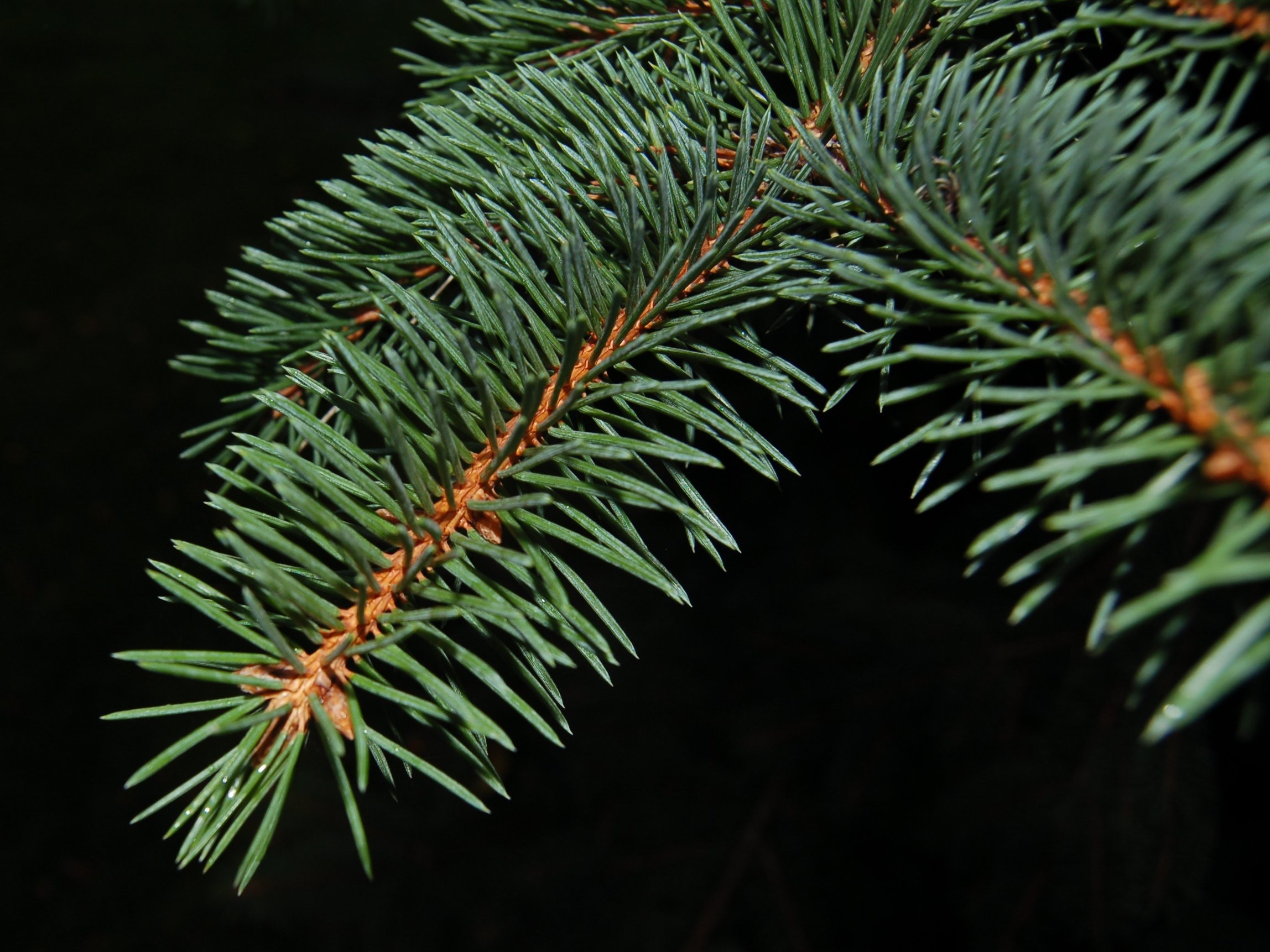 What’s wrong with my spruce?

In recent years, the beauty of many spruce in the Twin Cities has significantly declined. This is not true for the entire population, but does speak to a large portion of these trees which many of us treasure in our landscape. A healthy spruce is a wonderful visual screen and wind block. It can also host strands of Christmas lights nicely, and when graced with a snowy white garment, there is little more beautiful in our winter wonderland. But lately, hordes of spruce have been discoloring and shedding massive quantities of needles. What is wrong with these plants and can anything be done? 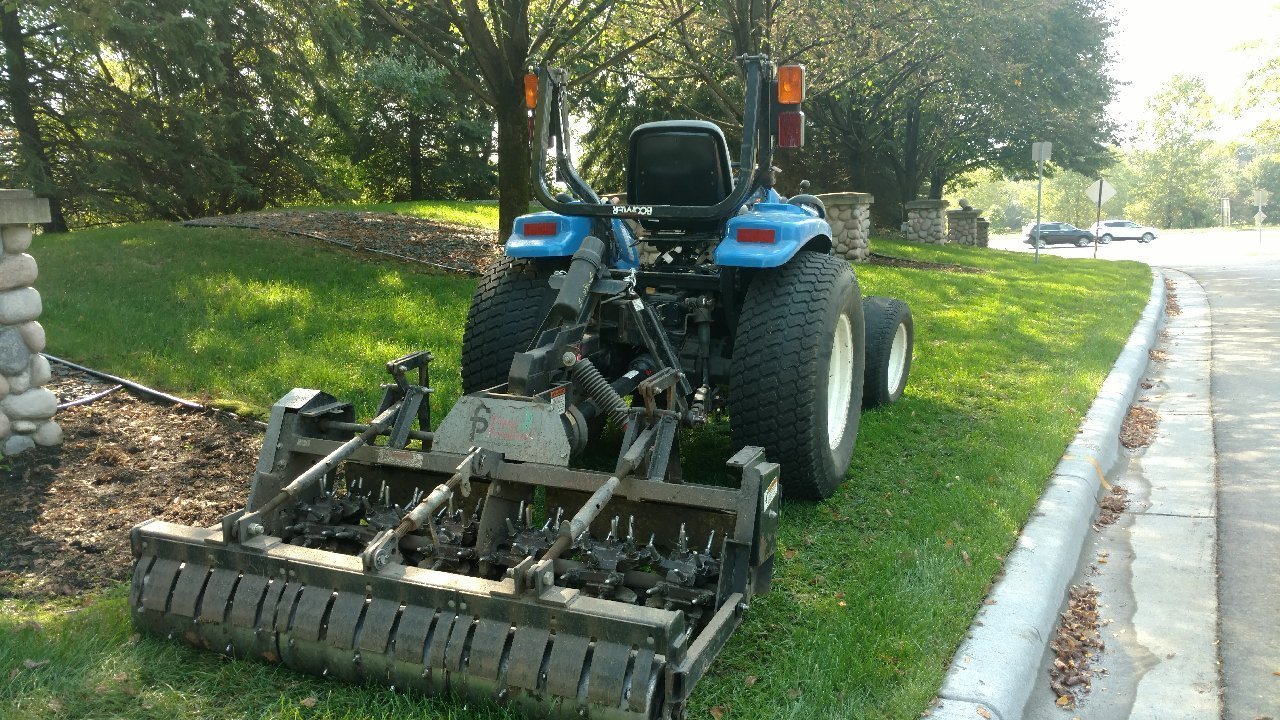 The Benefits of Aeration

Aeration is one of the most beneficial practices in maintaining a healthy turf. Aeration is a low impact, sustainable practice requiring no pesticides or chemicals. Aeration improves absorption of water reducing the need for irrigation. By improving the vigor of the turf, aeration also reduces the need for applied fertilizer and weed killers. A healthy turf is more resilient to traffic and is less susceptible to diseases.

Have you ever heard the term “IPM” in the context of landscape maintenance and wondered what it means?  IPM is a term that’s thrown around quite a bit but isn’t often defined; leaving people confused, and sometimes too self-conscious to ask what it means.  By the end of this blog post, you should have a basic idea of what is meant by the term “IPM”.