The Benefits of Aeration

Aeration is one of the most beneficial practices in maintaining a healthy turf. Aeration is a low impact, sustainable practice requiring no pesticides or chemicals. Aeration improves absorption of water reducing the need for irrigation. By improving the vigor of the turf, aeration also reduces the need for applied fertilizer and weed killers. A healthy turf is more resilient to traffic and is less susceptible to diseases.

Turf aeration is defined as the loosening or coring of the top two or three inches of soil beneath the turf.  The most significant benefit of aeration is the reduction of excessive thatch. Aeration also reduces soil compaction found in high traffic portions of the turf.

Thatch is a matted layer of dead and living stems and roots that develops between the green turf and the soil. Thatch is a normal occurrence in the cool season grasses of the Upper Midwest, but when the thatch layer accumulates in excess of ½ inch it becomes detrimental.

Excessive thatch inhibits the infiltration of water and applied nutrients. Thatch also impedes the healthy exchange of oxygen and carbon dioxide into and out of the soil. Furthermore, excessive thatch makes the turf susceptible to diseases such as brown patch.

Aeration can be completed at any point during the growing season though has the best effect when done from mid-August through mid-September. Some disturbance of the turf will be visible for up to a week following the process. However, the lawn will quickly recover to that lush and emerald green carpet everybody loves. 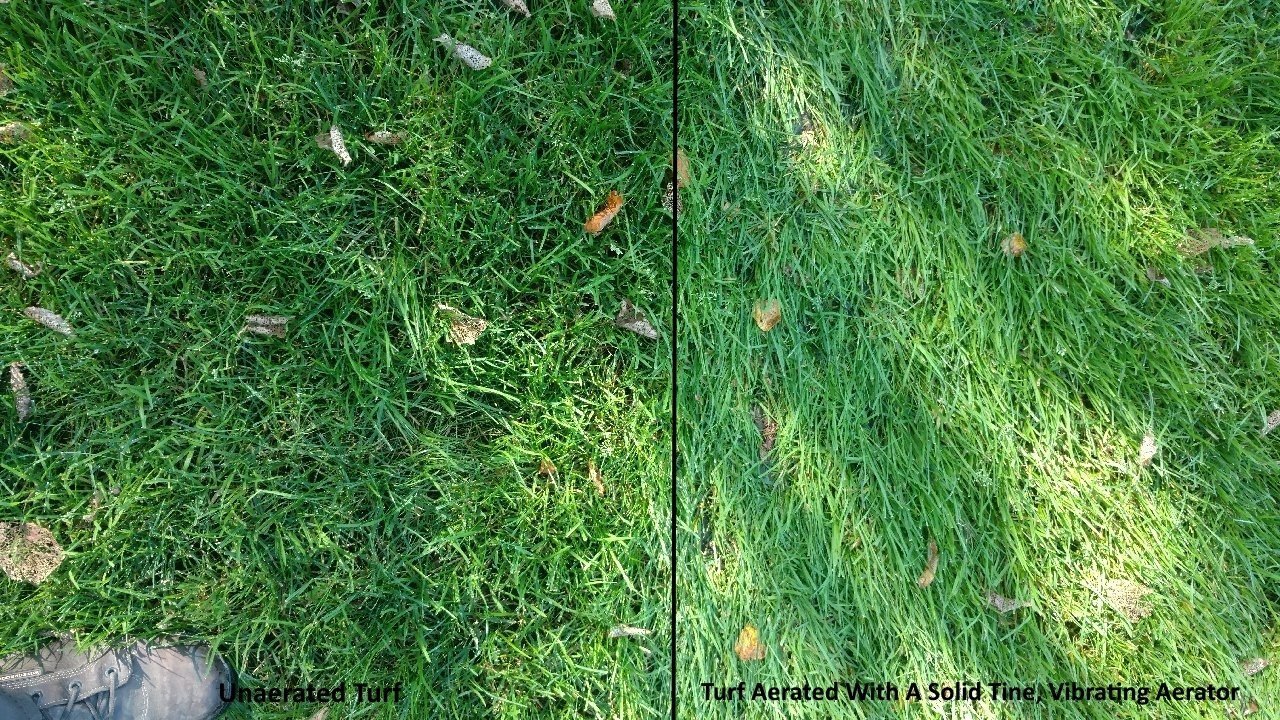