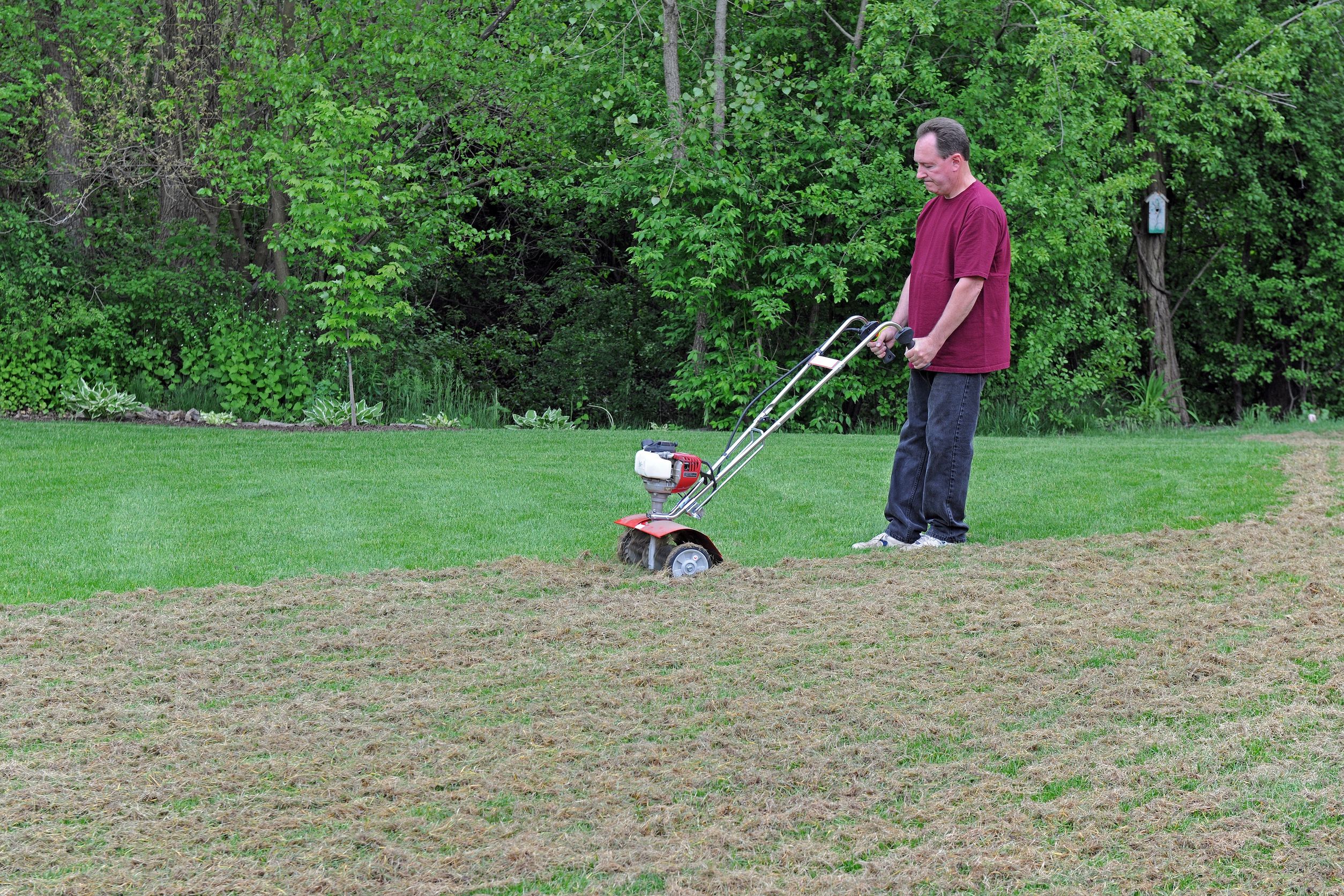 Unfortunately, dethatching is mostly a cosmetic “feel good” task. There are many dethatching implements on the market, but they all do the same thing; they use steel tines to rake the turf. The “feel good” part is that a huge windrow of debris is left on the surface in the wake of the machine. The natural inclination is that this debris must have been harming the turf and, like some sort of impurity, it must be removed. But a lawn is not like a living room carpet. Most of the litter yanked up by a power rake is harmless, and not thatch at all. (See a discussion about thatch in our blog “The Benefits of Aeration”). Fall aeration is by far more effective in thatch reduction and no waste is generated.

It is true that, in the early spring, when the grass is brown and matted, it’s tempting to get out there and stir things up a bit. But resist the impulse! This cosmetic doctoring may actually damage the turf by rutting, compacting, and tearing up tender grass shoots just as they are emerging from dormancy. Instead, let your lawn wake up on its own and in two weeks or less it will have fully returned to the lush carpet you love.